Return to Stories
Tuesday, September 29, 2015 — Boeing and Cathay Pacific Airways celebrated a significant achievement last Saturday (26 September) with the delivery of the airline’s 70th 777 aircraft – also the last and 53rd 777-300ER (Extended Range) of the confirmed orders – that has made Cathay Pacific Asia’s largest operator of the 777 fleet. 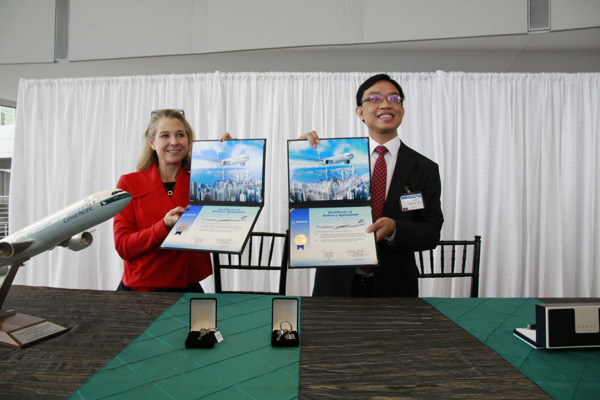