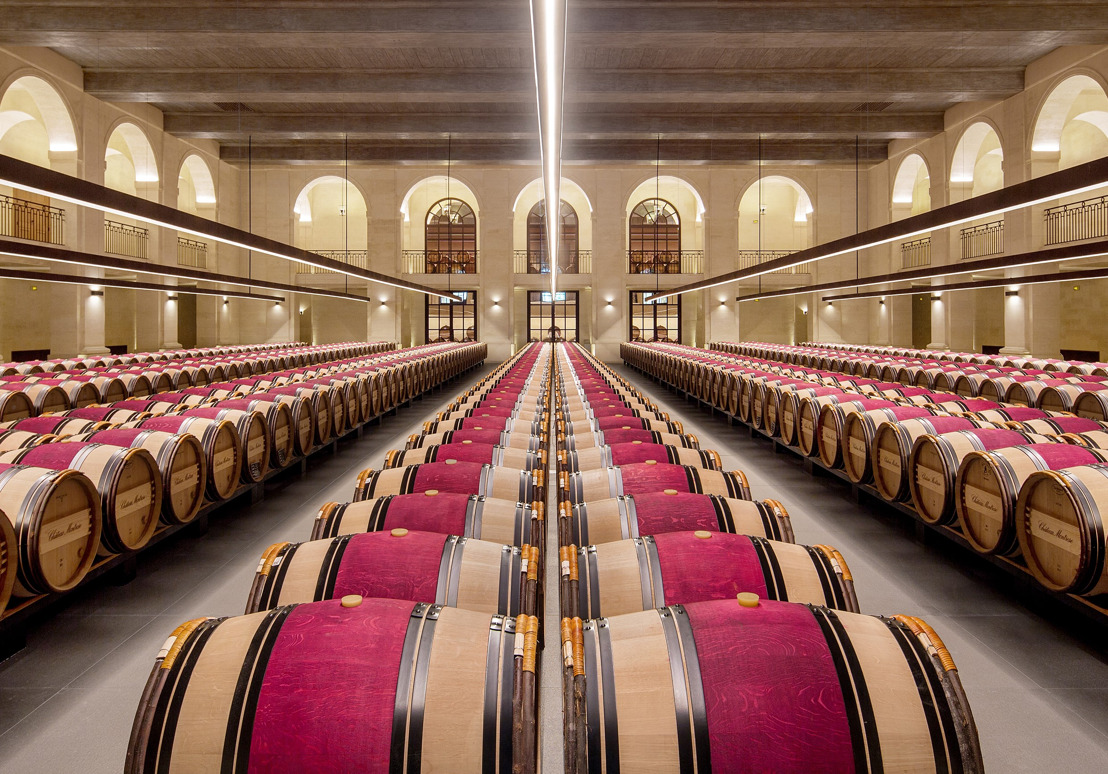 Friday, December 7, 2018 — Cathay Pacific’s award-winning First Class wine cellar is soon to be enriched by the airline’s new partnership with Château Montrose – one of Bordeaux’s leading wineries. The partnership was unveiled during a spectacular wine dinner in Hong Kong which featured an exceptional selection of vintages from Château Montrose paired with a specially designed degustation menu.

Starting this December, the renowned 2005 vintage from the acclaimed Second Growth estate will be served on flights between Hong Kong and London, Los Angeles, New York, Paris and San Francisco on a rotational basis.

Cathay Pacific General Manager Customer Experience and Design Vivian Lo said: “The inflight dining experience has always been a hugely important focus of ours, with our wine programme being a key component of that.

“The launch of vintages from Château Montrose marks another significant enhancement to our First Class beverage programme, which alongside fine wines from Château Lynch-Bages and Château Branaire-Ducru, is sure to delight the discerning palates of our customers.”

Meanwhile, Château Montrose CEO Hervé Berland said of the launch: “We are very proud of this new partnership between Château Montrose and Cathay Pacific. The presence of our wine onboard the First Class cabin keeps us in touch with our most important and prestigious clients all over the world. The 2005 vintage is just the beginning of a new association between Cathay-Montrose, both our companies sharing the same quest for excellence.”

Founded in 1778, Château Montrose lies north of Pauillac in St. Estèphe, the northernmost appellation in Médoc, on a deep gravel bank overlooking the Gironde.  A remarkable property known for wines that are powerful and long-lived, it is one of only two St. Estèphe estates to be awarded Second Growth status in the 1855 official classification.

Elegant enough to enjoy on its own, the Château Montrose 2005 vintage pairs wonderfully with most red meats, including game as well as some heartier poultry and fish courses. It is also a perfect match with Asian dishes, pasta and a variety of hard, flavourful cheeses.

Australian wine writer, educator and broadcaster Roy Moorfield, a member of Cathay Pacific’s wine panel, said of the 2005 vintage: “Château Montrose is one of the stars of the 2005 vintage in Bordeaux. It shows intense colour and concentrated dark fruit flavours which meld beautifully with fine-grain tannins on the palate, leading through to a sustained lingering finish.”