Transportation links between B.C. and the Asia Pacific were further enhanced today during Premier Gordon Campbell's mission to China as Cathay Pacific Airways announced it will add four new flights per week between Vancouver and Hong Kong, beginning March 30, 2008.

"Stronger air connections between B.C and the Asia Pacific are essential to forging economic partnerships, building tourism, and developing as the North American centre for Asian commercial airlines," said. "Cathay Pacific's increased service will help us achieve our targets of 75 per cent growth in passengers and a doubling of air cargo moving through YVR by 2020, and further secure B.C.'s position as 's Pacific Gateway."

Today's announcement boosts the number of Cathay Pacific flights between and , the airline's Canadian headquarters, to 21 from 17. The four new flights per week will see nearly 1,000 new passenger seats available per week, consistent with the Canada-Hong Kong bi-lateral air agreement.

"We're thrilled to be able to now offer triple-daily service to , knowing it will further strengthen ties between and ," said Cathay Pacific Chief Executive Tony Tyler. "We look forward to continuing to support the growth of tourism and business development in B.C. and , while providing convenient accessibility to our hub of , the important region of Mainland and beyond."

This is the second time in less than five months that Cathay Pacific Airways has increased its air service between and . Weekly flights were increased to 17 from 14 in July 2007. By March 2008, Cathay Pacific will offer three daily non-stop departures between Hong Kong and Vancouver, the same number as to Los Angeles and New York City, and one more than to San Francisco.

" is one the fastest-growing sources of arrivals to , and also one of the fastest-growing destinations for travellers flying out of YVR," said Tony Gugliotta, Vancouver Airport Authority's senior vice-president of marketing and commercial development. "Increased service between YVR and will mean greater convenience and more choice for thousands of travellers."

has long-established cultural ties with B.C. More than 500,000 people from live in today, many residing in the Greater Vancouver area. is home to the largest Canadian business community in , with more than 250,000 Canadian passport-holders living there. Approximately 150 Canadian companies maintain office branches or subsidies in and a further 450 are represented by distributors, agents, or joint venture partners.

More information on the Pacific Gateway Strategy, the Action Plan and the targets for 2020 is available online at www.pacificgateway.gov.bc.ca/. ’s Asia Pacific Initiative can be found at www.gov.bc.ca/ecdev.

More information on Cathay Pacific Airways and details on flights to and beyond can be found at www.cathaypacific.ca. 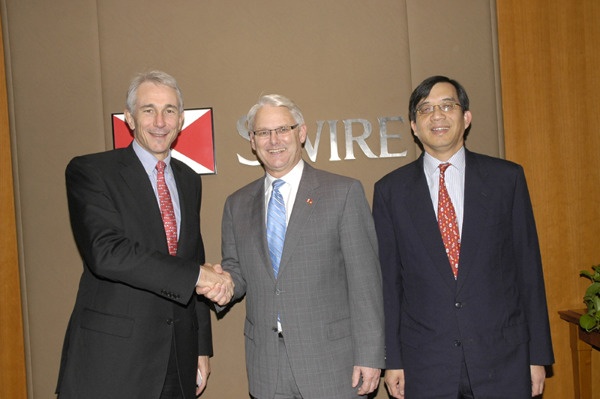 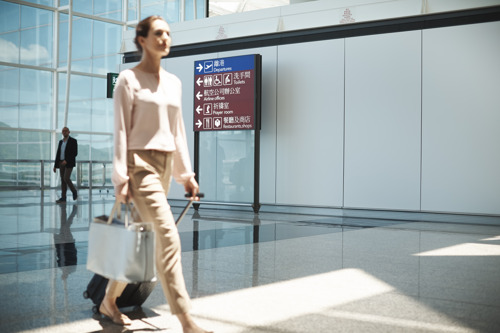 Cathay Pacific to launch freighter service to Beijing in November