(HONG KONG) Dragonair is delighted to have been named “World’s Best Regional Airline” in the annual Skytrax World Airline Awards™ – the fourth time the carrier has received the honour. No other airline has achieved this feat since this category was added to the awards in 2010. In a double accolade for Dragonair, the carrier was also named “Best Regional Airline in Asia” in the same survey.

The Skytrax World Airline AwardsTM is the largest airline passenger satisfaction survey and the most prestigious among all the surveys measuring airline service excellence. Based on the votes of more than 18 million airline passengers from over 160 countries, the survey covered more than 275 airlines and assessed customer-service standards across more than 41 criteria including check-in, boarding, onboard seat comfort, cabin cleanliness, food and beverages, inflight entertainment and staff service.

Dragonair Chief Executive Officer Algernon Yau expressed his pride and pleasure at the award ceremony, held at the Paris Air Show on 16 June. “It is a very great honour to receive such recognition from travellers, and on behalf of Dragonair I would like to extend my heartfelt thanks to everyone who voted for us,” he said. “We are extremely proud to share this achievement with the people of Hong Kong, the city that has been our home for 30 years.”

“I would like to take this opportunity to show my deepest gratitude to our frontline staff and those who support the operation behind the scenes, from flight crew and engineers to our airport, operations and management teams. Everyone at Dragonair has been working tirelessly to ensure we can offer a consistently top-quality travel experience to our passengers. As a world-class regional carrier based in Hong Kong, we are committed to strengthening the city’s position as a leading aviation hub.”

As part of an ongoing effort to provide the best travel experience to its customers, in 2013 Dragonair embarked on a full-scale inflight product enhancement across its entire fleet. This has seen the introduction of new First Class, Business Class and Economy Class cabins together with a brand-new on-demand inflight entertainment system, StudioKA.

In addition to the product upgrade, Dragonair has also been expanding its network. The airline added Haneda as a destination in March and has just announced that it will launch a twice-weekly service to Hiroshima in August, further strengthening its network in Asia. With the announcement of Hiroshima, Dragonair will have launched or resumed 17 destinations since April 2012. The airline will continue to expand its network and strengthen frequencies where possible, offering increased connectivity and greater convenience for customers travelling through Hong Kong. 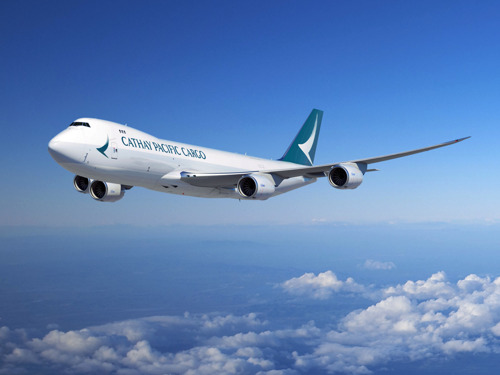