Return to Stories
Wednesday, January 18, 2017 — Cathay Pacific Airways today released combined Cathay Pacific and Cathay Dragon traffic figures for December 2016 that show an increase in both the number of passengers carried and the volume of cargo and mail uplifted compared to the same month in 2015.

Cathay Pacific and Cathay Dragon carried a total of 2,958,925 passengers last month – an increase of 0.9% compared to December 2015. The passenger load factor remained at 85.0%, while capacity, measured in available seat kilometres (ASKs), grew by 1.3%. For 2016 as a whole, the number of passengers carried rose by 0.8% while capacity increased by 2.4%.

Cathay Pacific General Manager Revenue Management Patricia Hwang said: “Overall passenger growth was in line with capacity as the Christmas peak got underway in December. Outbound traffic from Hong Kong was robust over the holiday period. Traffic to Europe rebounded from a low base, which was due to the security concerns of a year ago. Our new operations to Madrid and Gatwick strengthened our network coverage in Europe and the UK. Helped by the weakened yen, Japan also proved a popular leisure destination over the holiday period. While we managed to grow passenger volume, yield continues to come under pressure due to excess capacity in the market.”

Cathay Pacific General Manager Cargo Sales & Marketing Mark Sutch said: “The seasonal peak for airfreight carried into December, with exports from Mainland China, Asia and the Americas seeing encouraging year-on-year growth. Demand from our home market of Hong Kong was also sustained. Overall tonnage grew ahead of capacity, with our load factor improving month-on-month. The demand for perishables, machineries and e-commerce products persisted, while our new freighter services to Portland and Brisbane West Wellcamp have also been well received by the market.” 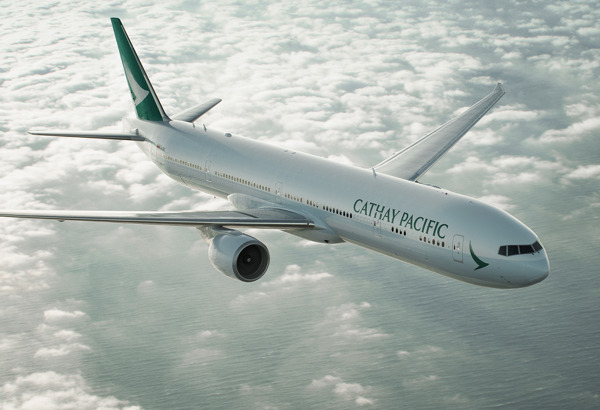