Skip to Content
Return to Stories
Monday, 26 March 2018 — Cathay Pacific today operated its first ever flight from Brussels Airport to Hong Kong. The only non-stop service connecting the Belgian capital with the airline’s dynamic home city, Flight CX338 departed Brussels on time at 13.10 with a full complement of passengers.

Prior to the departure of Flight CX338, a gate ceremony was organised in celebration of the landmark occasion.

Cathay Pacific’s General Manager Europe James Ginns said: “We are committed to providing our passengers with greater choice and flexibility, and this new non-stop service from Brussels to Hong Kong is testament to this. 2018 sees us expanding our reach to new destinations in Europe and beyond, and we are proud to start by connecting Hong Kong, the heart of Asia, to Brussels, the heart of Europe.”

Meeting the increasing demand from both business and leisure travellers, the airline’s new four-times-weekly service is operated by the technologically-advanced Airbus A350-900 aircraft, featuring Cathay Pacific’s latest seats in Business, Premium Economy and Economy classes and state-of-the-art inflight entertainment. The aircraft is also equipped with Wi-Fi, so passengers can remain connected during their journey.

Cathay Pacific’s renowned signature service means that passengers will be assured of a superior experience when travelling to destinations in Asia and Southwest Pacific through the airline’s Hong Kong hub.

The flight schedule for Cathay Pacific’s Brussels (BRU) service to Hong Kong (HKG), effective from 25 March 2018, is as follows (all times local):

About the Cathay Pacific Group

Cathay Pacific is a Hong Kong-based airline offering scheduled passenger and cargo services to some 200 destinations worldwide, using an ultra-modern fleet of more than 140 wide-body aircraft. Cathay Dragon is a wholly-owned subsidiary of Cathay Pacific and focuses on providing services to destinations across Asia, including more than 20 cities in mainland China. Cathay Pacific is a founder member of the oneworld global alliance and Cathay Dragon is an affiliate member. For more information, visit www.cathaypacific.com.

Brussels Airport is one of the largest airports in Europe, handling 24,8 million passengers and 536,000 tonnes of freight annually. Brussels Airport links the European capital with 238 destinations worldwide that are served by 76 different airlines. (figures 2017).

Brussels Airport caters for the specific needs of the business travellers, and also has the largest low-fare offer in Belgium.

Brussels Airport is the second most important centre of economic growth in Belgium providing direct and indirect employment for 60,000 people. 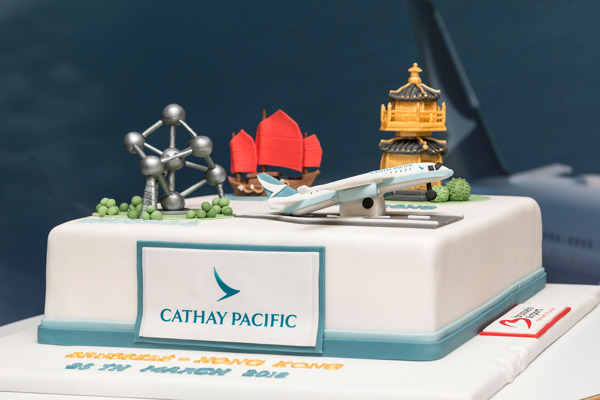 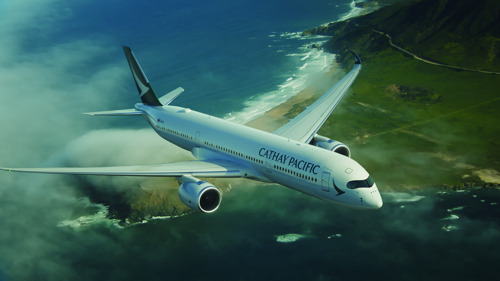