The Cathay Pacific Group reported an attributable loss of HK$575 million for 2016. This compares to a profit of HK$6,000 million in 2015. The loss per share was HK14.6 cents compared to earnings per share of HK152.5 cents in the previous year.

The operating environment for the Group’s core airline business was difficult in 2016, with a number of factors adversely affecting their performance. Intense and increasing competition with other airlines was the most important. Other airlines significantly increased capacity. There were more direct flights between Mainland China and international destinations. Competition from low cost carriers increased. Overcapacity in the market was a particular competitive problem for our cargo business. Three economic factors were also important, the reduced rate of economic growth in Mainland China, a reduction in the number of visitors to Hong Kong and the strength of the Hong Kong dollar. Hong Kong dollar strength made Hong Kong an expensive destination and caused revenues earned in other currencies to be reduced on conversion into Hong Kong dollars. All these factors put severe competitive pressure on yields. The Group benefited from low fuel prices, but the benefit was reduced by fuel hedging losses, largely incurred on hedges put in place when the fuel price was much higher than today.  The contribution from subsidiary and associated companies was satisfactory.

The Group’s passenger revenue in 2016 was HK$66,926 million, a decrease of 8.4% from 2015. Capacity increased by 2.4%, reflecting the introduction of new routes and increased frequencies on other routes. The load factor decreased by 1.2 percentage points, to 84.5%. Yield, which was under intense pressure throughout the year, fell by 9.2% to HK54.1 cents, reflecting overcapacity in the market, a decline in premium class demand and weak foreign currencies.

The Group’s cargo revenue in 2016 was HK$20,063 million, a decrease of 13.2% compared to the previous year. The cargo capacity of Cathay Pacific and Cathay Dragon increased by 0.6%. The load factor increased by 0.2 percentage points, to 64.4%. Tonnage carried increased by 3.1%. The market was very weak in the first quarter. Tonnage recovered from the second quarter, becoming seasonally strong in the fourth quarter. Yield fell by 16.3% to HK$1.59, reflecting strong competition, overcapacity and the suspension of Hong Kong fuel surcharges. Demand on European routes was weak. Demand on transpacific routes grew slightly in the second half of the year. Freighter services to Portland and Brisbane West Wellcamp were introduced. We managed freighter capacity in line with demand and carried a higher proportion of cargo in the bellies of our passenger aircraft.

Total fuel costs for Cathay Pacific and Cathay Dragon (before the effect of fuel hedging) decreased by HK$4,906 million (or 20.4%) compared with 2015.  Fuel is still the Group’s most significant cost, accounting for 29.6% of total operating costs in 2016 (compared to 34.0% in 2015). Fuel hedging losses reduced the benefit of low fuel costs. After taking hedging losses into account, the Group’s fuel costs decreased by HK$5,015 million (or 15.2%) compared to 2015.

There was a 2.9% increase in non-fuel costs per available tonne kilometre. Staff costs, landing and parking fees, and aircraft maintenance costs increased at a faster rate than capacity.

Congestion at Hong Kong International Airport and air traffic control constraints in the Greater China region continued to impose costs on the Group, which is doing more to improve the reliability of its operations. This was reflected in a 7.4 percentage points improvement in on-time performance.

In 2016, Cathay Pacific introduced passenger services to Madrid (in June) and London Gatwick (in September).  Both services have been well received. The airline will increase the frequency of its Gatwick and Manchester services in June 2017. Frequencies on some other routes were increased in 2016. Cathay Pacific will introduce services to Tel Aviv in March 2017, Barcelona in July 2017 and Christchurch in December 2017. Cathay Pacific stopped flying to Doha in February 2016, but still offers codeshare services with Qatar Airways on this route. Cathay Dragon increased frequencies on its Phnom Penh, Wenzhou and Wuhan routes and reduced frequencies on its Clark and Kota Kinabalu routes. Cathay Dragon stopped flying to Hiroshima and stopped the tagged flight between Kathmandu and Dhaka, providing direct services to both destinations instead.

In 2016, Cathay Pacific took delivery of 10 Airbus A350-900 aircraft. These fuel-efficient and technologically-advanced long-haul aircraft are being used on the airline’s Auckland, Düsseldorf, London Gatwick, Paris and Rome routes. Cathay Pacific retired its last three Boeing 747-400 passenger aircraft and three Airbus A340-300 aircraft during the year. One Airbus A340-300 aircraft was retired in January 2017 and the remaining three such aircraft will be retired later in 2017. The airline took delivery of its final Boeing 747-8F freighter in August.

The new Airbus A350 aircraft feature the latest cabins, seats and entertainment systems and inflight connectivity for passengers’ mobile devices. Cathay Pacific opened a new lounge in Vancouver in May 2016, reopened the business class lounge at The Pier in Hong Kong in June 2016, and reopened the first and business class lounges at London Heathrow in December 2016. The G16 lounge in Hong Kong closed for renovations in July 2016 and will reopen in the second quarter of 2017.

In November 2016, Dragonair was rebranded as Cathay Dragon, bringing the brands of two airlines into closer alignment. The first aircraft featuring the Cathay Dragon livery went into service in April 2016.

Cathay Pacific Chairman John Slosar said: “We expect the operating environment in 2017 to remain challenging. Strong competition from other airlines and the adverse effect of the strength of the Hong Kong dollar are expected to continue to put pressure on yield. The cargo market got off to a good start, but overcapacity is expected to persist.

“We expect to continue to benefit in 2017 from the fact that fuel prices are much lower than their previous high levels, but to a lesser extent (because of some increase in oil prices in recent months) than in 2016.  We also expect to incur further fuel hedging losses in 2017, but these should be less than in 2016. Our subsidiaries and associates are expected to continue to perform satisfactorily.

“Despite the challenges with which we are faced, we still expect our business to grow in the long-term.  Air traffic to, from and within the Asia-Pacific region is expected to grow strongly. We intend to benefit from this growth by increasing our passenger capacity by 4-5% per annum, at least until the third runway at Hong Kong International Airport is open. We will continue to introduce new destinations and to increase frequencies on our most popular routes.  We are buying new and more fuel efficient aircraft. This will increase productivity and reduce costs.

“We are starting on a three year programme of corporate transformation with the intention of achieving returns above the cost of capital. The goal is to become a more agile and competitive organisation in order to take advantage of changing market trends and customer preferences.

“We will continue to make investments designed to strengthen our brand and what we offer to our customers.  We aim to deliver better services and to do so more effectively through the use of data analytics and mobile technology. Doing this will increase operational efficiency and help us to meet our customers’ needs better.    We are reviewing our revenue management, distribution and pricing practices.  We intend to increase ancillary revenue.

“Just as important as improving revenues is reducing costs.  We are working on operational changes intended to improve the reliability of our schedules. This will reduce the costs of disruption and will also enable us to use our assets more efficiently and to improve our on-time performance.  Our organisation will become leaner.  This will improve productivity and reduce costs and will also enable us to make decisions more quickly. Our aim is to reduce our unit costs excluding fuel over the next three years.

“The objective of the Cathay Pacific Group is to provide sustainable growth in shareholder value over the long term. We are confident of longer-term success. We celebrated our 70th anniversary in 2016 and our commitment to Hong Kong and its people remains unwavering.” 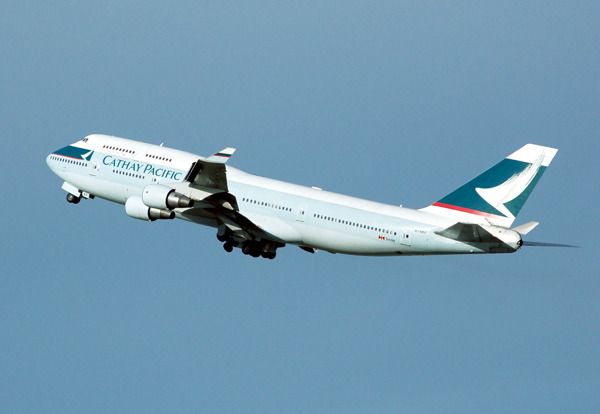 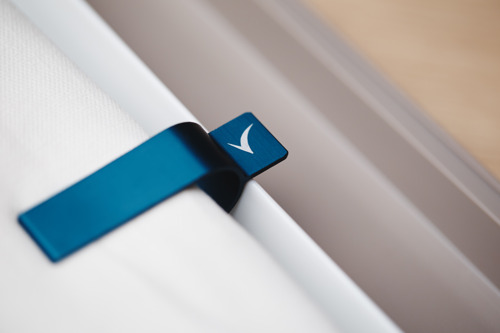 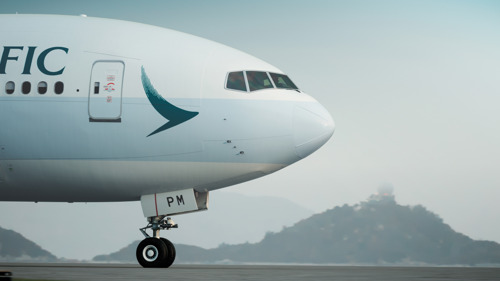 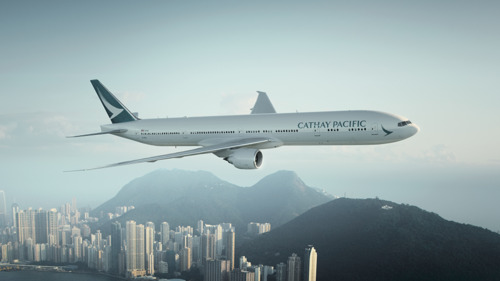