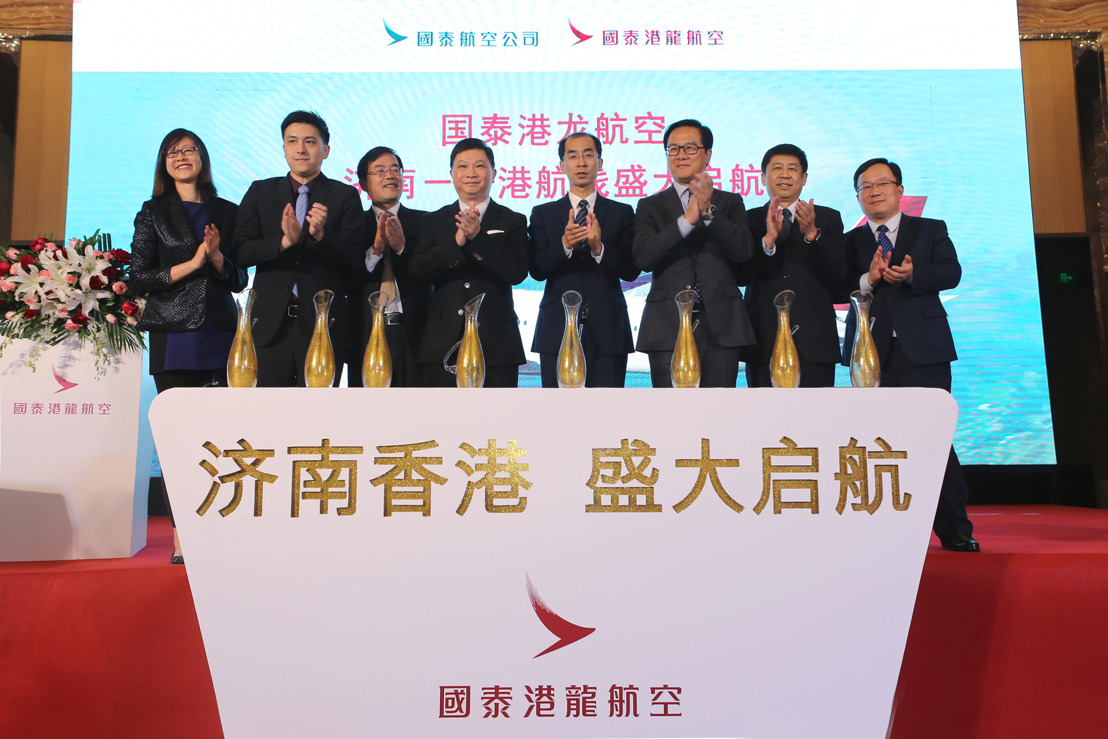 Thursday, March 29, 2018 — The Cathay Pacific Group celebrated the launch of its four-times-weekly service between Hong Kong and Jinan in Shandong province, further strengthening its network in mainland China.

The new service to the ‘City of Springs’ complements the existing ten weekly flights to Qingdao, providing more options for travellers to and from Shandong. The flight is operated by Cathay Dragon’s Airbus A320 aircraft in a two class configuration.

He said: “We are very pleased to be launching a second route to Shandong, which will help strengthen links between the province and destinations around the world via our home Hong Kong, Asia’s premier aviation hub.

“With the addition of Jinan, the Cathay Pacific Group now served 28 cities in mainland China from Hong Kong. This new service to the capital of Shandong is yet another testament of our commitment to further widen our network in the mainland.”

2018 is set to be a year of considerable expansion for the Cathay Pacific Group. In addition to Jinan and Nanning in mainland China, new services to Brussels have also been launched, with Copenhagen, Dublin, Washington DC and Cape Town all coming online in the coming months.